Head over there if you want to join:

There was a GREAT hashtag on Twitter last week called:

What would you say to your sixteen-year-old self? 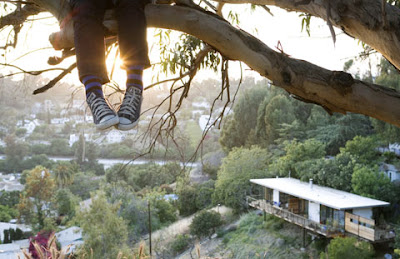 **No names are used (to protect the innocent...or guilty)!

Here's a compilation of my favorites:

*The crush you've had for like 4 yrs is going to get a ridiculous belly tattoo. I promise it is safe to move on.

*Grow up and quit being a jealous butthead. Listen more than you talk, you'll learn much more.

*That guy that gave you concert tickets on the radio, you'll have 4 kids with him!

*I am not gonna cave into all the drama because it won't mean anything a week from now!

*You do not need to use half a can of hairspray on your hair each day.

*Buy google stock when you are in college!

*Stop dreaming about straight guys going gay for you. It only ends up happening once and totally isn't worth it.

*You will still be goofy and awkward around girls, even in 2010. But at least you'll be able to drive...

*Congratulations!!! You make it through your teens without getting pregnant! *Pass Go, collect $200*

*On September 11, 2001, you and a few friends will need to stop a terrorist attack in NYC

*Computer geeks will be cool in a few years

*Give urself props for turning down that popular BB player. He doesn't look at you the same way that shy, sweet 1 does.

*When S told you she was gay, be proud you let her cry in ur arms and be vulnerable b/c cruelty was coming her way!


HAVE ANYTHING TO ADD?

These were awesome! Thanks for sharing all the awesome! I was so curious as to what this was... now I know!

Such a great idea! I love these :) Avoid. The. Redhead. made me laugh out loud!

I LOVE LOVE LOVE this. what a great collection of statements.

I love them all!! So many things I would tell my 16 year old self! For starters, "Even though you're no longer keep in contact with your friend from high school, her dorm-mates will be your best friends for years down the road!!"

These were awesome, much better than my own!

Love these!! I read most of them on Twitter, but glad to see you compiled them in one neat list. Had soooo much fun seeing what people would tell themselves!

I am hardly ever on Twitter but it makes me want to go and visit.

The hairspray one is just a little too close to home for me. Now, I hardly ever use the stuff anymore. And what do you know, my hair is the healthiest it has ever been!

Man, those are great! What would I say to my 16 year old self?

Pick up a pen and a guitar, it's worth it. And be nicer, people will like you.

I thought it was a great hashtag and I even saw a few of these. Thanks for posting the ones I missed :)

These are fabulous... I feel like I'm missing out not being on Twitter. I've never felt that way before.

No way. That's how you met your hubs? SO cool!

I could say so so so so much to myself at that age and my pigheaded, obstinate self would NEVER have listened, not even to me!

Marry your high school sweetheart and stay away from that college boy.

a great idea - I love the answers you give, especially the first about the tattoo. I don't know what I'd SAY to my 16 year old self. Probably nothing, I would probably just be a swift kick.