WHEN WE MET--the anthology collaboration with AL Jackson, Tiffany King and Molly McAdams: 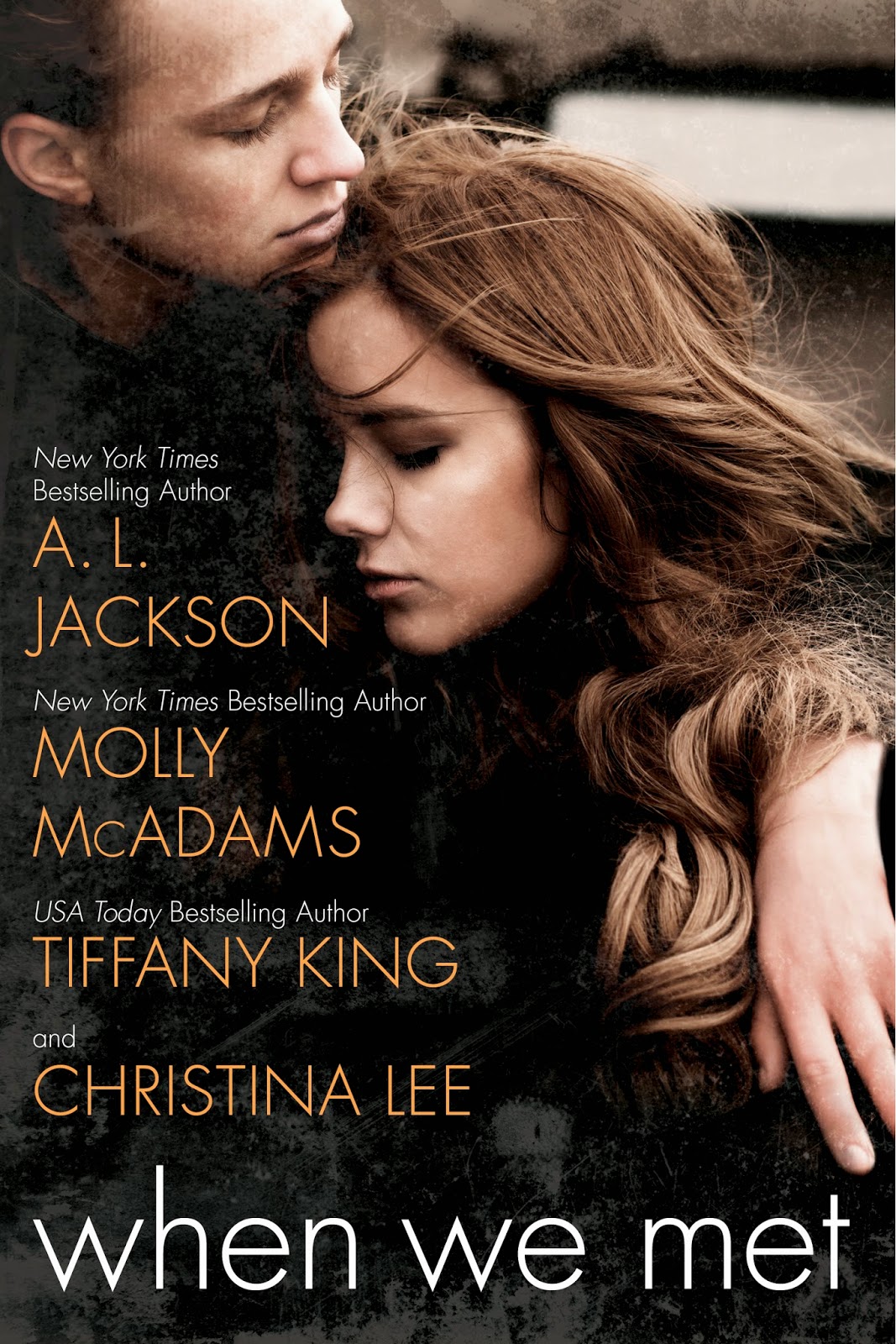 Today’s premier New Adult authors combine their talents to tell four original stories from inside one house. When four girls decide to live off campus together as juniors at a college in Michigan, they expect it to be their best year yet. Little do they know, it’s a year that will change the rest of their lives.

BEHIND HER EYES by A.L. Jackson Unable to live down her ex-boyfriend’s deception, Misha is determined to avoid betrayal. When, the new guy next door, Darryn starts to get under her skin, her defenses start to crumble. But trusting Darryn seems impossible, especially if he’s not sure he can trust himself.

SAVING ME by Molly McAdams On the outside, Indy is always ready for a party—but inside she’s breaking. Kier makes a weekly routine of saving the girl next door from herself on Saturday nights… but when will she be ready to remember him on Sunday morning?

FOULING OUT by Tiffany King Working at a sports bar, Courtney has become a pro at sidestepping propositions from arrogant jocks—which makes her a more elusive catch for campus basketball star Dalton than he expected. But when he falls for the saucy waitress, Dalton will have to rethink his game plan to prove he’s not the jerk Courtney expects.


BENEATH YOUR LAYERS by Christina Lee In order to ace her fashion internship, Chloe must team up with local college dropout and set builder, Blake—much to her chagrin. But after some "hands-on" experience, Chloe will have to ask herself if Blake factors into her carefully laid plans…