As a general rule, it's important that your antagonist display some sympathetic characteristics.

It humanizes them, if you will (unless they're a vampire, demon or zombie). :-)

The reader will feel more than one way about the antagonist (beyond plain hatred), keeping them invested in the plot. It also helps the reader understand your antagonist's journey better.


Take Lord Voldemort in the HARRY POTTER books. When Dumbledore told Harry about Voldemort's childhood, it gave me a good sense of who Voldemort was and where he went wrong. I even felt sorry for him at one point, which made his evil deeds more gut-wrenching.

Movies and television shows create multi-dimensional antagonists all the time (if the script is well written). The masterpieces that were Godfather I and Godfather II made me care about and despise certain characters all at once, as did The Sopranos series.


Consider these antagonists and how we feel about them:

Damon in THE VAMPIRE DIARIES: He was the main antagonist at the very beginning of the series, but has evolved since then. Besides the fact that he's *bowchickawowwow*, Damon shows a softer side in his unrequited love for Elena, but continues killing innocent humans in fits of anger. 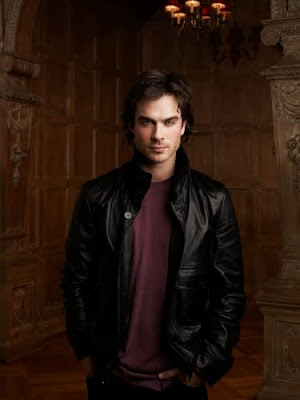 Sue Sylvester in GLEE: She a meanie and plots revenge, but still visits her developmentally disabled sister on the weekends (and calls her sister her hero). 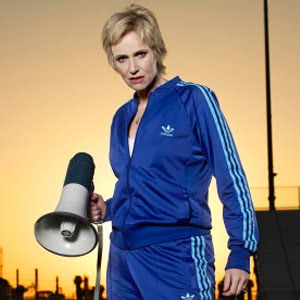 Albie in BIG LOVE: Yes, he's a horribly mean, conniving killer. But, he was raised by a brutal father and is a closeted gay man yearning for love. 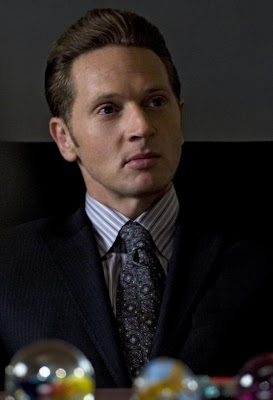 
See You on Thursday!
Posted by Christina Lee

I think that's when you know you've made a brilliant book. When you are able to have that connection with the antagonist so when they do even more wrong it hurts worse. Like it's effected you.

You now have me checking out the seasons of The Vampire Diaries... he is very sexy.

I'm all about Damon, right now. So he's the easiest to come to my mind. This is very true. Despite an antagonist's bad/evil qualities, there needs to be another side. They, too, need to have dimensions to their personalities and actions. Personally, these are the characters I like writing about most. lol

I agree with Jen. I have been very distraught lately over Damon's recent turn of events on The Vampire Diaries, because he won me over, especially when he admitted to Elena he loved her but made her forget so she would just choose Stefan. And, now he is back to his old self...almost.

Sue Sylvester is so evil and diabolical and great! And even though Damon is technically the "villian" in TVD, I don't see him that way (of course he could be bad, cause I'm too busy staring at his hotness to notice his intentions!)

I love when I feel more of a connection to the antagonist! And Damon...swoon.

Jamie, I think Damon was definitely the antag at the very beginning of the show, and then he evolved (very nicely I might add). But I still see him as an antagonist but not the main one anymore!

Sauron, from the Lord of the Rings. He just wanted to rule the world and make pretty jewelry. Completely misunderstood.

Sue really is the perfect representation! you can't help but love and hate her at the same time! you should be teaching an English class!

Thanks for reminding me of ways to make my antogonists real! Something I definitely need to work on! Love the examples. This definitely will help my writing.

Snape was such a great multidimensional character that kept you guessing til the very end and he was considered villainous for a long while.
Great examples of villains you care about. Agreed that you do need to create a little sympathy for them and make them multifaceted.

@Matthew: Yeah, Sauron, the Emperor, The Nothing, the White Witch, the Riders, Kurtz, every wolf in every fairy tale ever written--I love them all, the poor, misunderstood little dears.

I'm working on developing my antagonist right now, so thanks for this post! I think we tend to neglect our antagonists, when they are one of the most important parts of the story. And they definitely need some human characteristics.

Great example with Sue from Glee! Everytime I think she's pure evil, you see snippets of her with her sister or the episode of her singing in the children's hospital.

I think one of those great complex cases is Dexter himself. You love the guy, but you also get to see some really dark sides of him that go a bit beyond the vigilante-killing-bad-guys character we rationalize him to be.

I just watched Glee for the first time last week and I quite enjoyed Sue!

Snape is definitely one of those characters! Poor Snivelly. Gotta love his heart--it's as big as his nose! :)

I mean, he protects the son of the man who hates him. He's forced to kill the only person who's ever trusted him completely. Everyone in the world thinks he's evil and he still helps Harry out.

The first one I thought of was Lord Voldemort. I had forgotten about his childhood. It just has been too long since I read it. Because I haven't read anything in ages, I automatically go to TV. I thought of Alex Kurev on Grey's anatomy. He is such a jerk. A total hot head. And completely self-centered. And yet he is a good doctor. He's tough and all that, but he has the patients best interest at heart. And if those qualities didn't exist we would just hate him. Cause yeah he is totally obnoxious like that!

I love multi dimensional characters. Especially the ones you don't realize really are the bad guy or the good guy (like Snape).

Tony Soprano for sure and I can't remember the character's name but it's the husband of the wife who killed herself in Desperate Housewives. Dude has issues but it's not wonder...

hmmm. dexter? i mean, he kills people, but with a purpose.

i agree about sue. you hate her, but then they shows glimpses that she has a heart.

I think Snape is my favorite character in the Harry Potter books. As I'm re-reading them with my kids, now that I know how the whole series ends, I look at all his actions so differently. I love what she was able to do with his arc.