How it all Begins...

Since I've begun writing my second and third YA novels (for the record, it would be my fourth and fifth "attempts" but these I've actually followed through with and have a passion for), I've been reading a lot about opening lines and paragraphs.

And now I'm obsessing over them because I really want to have a great "hook". 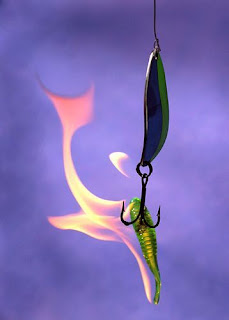 I don't think I had one with my alien/zombie DON'T TELL A SOUL novel, and I don't think you absolutely have to have one. But I think it definitely helps to hook a reader in. 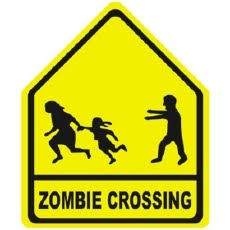 So it got me thinking about novels I've read and whether the beginnings hooked me in.

Here's the beginning of Cracked Up To Be (By Courtney Summers). I am currently reading this and loving it.

Imagine four years.
Four years, two suicides, one death, one rape, two pregnancies (one abortion), three overdoses, countless drunken antics, pantsings, spilled food, theft, fights, broken limbs, turf wars, with six months until graduation and no one gets a medal when they get out.

*****
The beginning of Shiver (By Maggie Stiefvater) :

I remember lying in the snow, a small red spot of warm growing cold, surrounded by wolves. They were licking me, biting me, worrying at my body, pressing in.

First the colors. Then the humans. That's usually how I see things. Or at least, how I try.
Here is a small fact. You are going to die.

When I wake up, the other side of the bed is cold. My fingers stretch out, seeking Prim's warmth but finding only the rough canvas cover of the mattress. She must have had bad dreams and climbed in with our mother. Of course, she did. This is the day of the reaping.
*****

And how about the beginning of a classic, Like Pride and Prejudice (by Jane Austen):

It is a truth universally acknowledged, that a single man in possession of a good fortune, must be in want of a wife.

All of these books definitely hooked me in. Was it because of those beginning lines? Good question.


What are your thoughts as a reader/writer?

In trying to get freshmen to read, I have learned that the first page is the most important part, other than the cover of course. :) Another good one is the adolescent novel Mississippi Trial 1955. It has a one-page introduction that is jaw dropping. The students I have given it to have finished it in about two days! Good luck with your novel. Keep us posted on your progress!

I think I need a hook 1st chapter - if the 1st chapter is painful, usually the rest is too. Also, I need dialogue so the characters stay real to me :) Good luck!

I think the first introduction to a story is what sparks the interest but I believe that the strength of the story itself is what keeps the reader....reading!!

I'm afraid I think it's all important. I can tell when an author overthinks the first paragraph and then trails off, so to speak.

It's a problem I have, and why I've started (writing, not reading) at least a hundred stories :-)

Maybe I can publish a book of just first paragraphs?

I think the first paragraph is one of the most important. Many people will stop reading if it doesn't catch them. Personally as a reader I will usually keep reading because I have hope it will get better. As a writer I will spend the majority of my time working with the first and last paragraphs. After I get those the rest just seems to fall into place.

I don't think it's coincidence that these bestsellers have killer hooks. One that I hate the first line of is Uglies. "The sunset looked like pink cat vomit." Then went on to describe a world without cats in it. (Or at least they were never mentioned again.) Ugh. Oh well, it was a bestseller anyhow.

I used to think a good jacket blurb was enough. I've read some really great books because of a great jacket tease. Unfortunately, as is the case now, I've also read some really bad and/or boring books thanks to a deceptive tease! Now I am truly all about that first paragraph, or at the very least, the first chapter. The opening of The Book Thief is definitely one that yanks you. If an author can sell it in a few words upfront, you know there's got to be gems in the rest of the pages.

This is a very good point you bring to the surface here! I absolutely, positively, most definitely do not continue to read a book if I'm not hooked in by page 20. I can usually tell by the opening line if this will happen. I'm all psychic and stuff.

The opening line in twilight hooked me. "I never game much thought about how I would die...."

I loved the others but the beginning of the first one lost me. TOO much right there together.

i'm all about a good hook! it either will make or break the reading experience for me...and i totally agree with stephanie's comment!

Stephanie and Alicia--so interesting! That just goes to show how different we all are! Suzette I saw that too,and never read on (although I liked the premise)--hmm, is that why?

Thanks for the first paragraphs. Love them. I want to read all the books now. The "hook" is always the hardest.
Mary

Interesting. Some of those beginning lines are good and some are great, but they all hook I think. I haven't read all of those books, but I want to! Now to stop blogging and read. (Yeah right... Like I can choose between them!)

I got ticked off, as a youngster, for once putting a book down after a couple of boring pages. "It might improve," my teacher suggested. I felt suitably chastised... and ever since I've been big on second chances.

I've been thinking about this from a writer's perspective recently; it starts to feel particularly important when you're invited to send a mere ten pages of your manuscript to a publisher or agent.

Usually for me if I'm not "hooked" by the 2nd or 3rd chapter then I just can't get into the book. So for me it doesn't have to be the first page. Best of luck to you!

It's great when there's a catchy opening line. But if there isn't, I still read on through the first chapter in the hopes that it'll get better. By the time I get through the 1st chapter, I have to continue (even if it sucks!) to the next and so on :( I guess I don't know when enough is enough when it comes to books. I'm always thinking some crazy plot twist is waiting around the corner.

The last one hooked me in, definately.

Hook, line and sinker! It's all about the first few lines. Kids today do not like reading. Why? Because they think it is boring. Or so they think. Books are the best escape on the planet. And those few lines are crucial to sucking the reader right in.

My favorites growing up include: Charolette's Web, Are You There God, It's Me Margaret, one book I wore out so badly I had to acquire a second time... it began like this:

When I stepped out into the bright light from the darkness of the movie house, I had only two things on my mind: Paul Newman and a ride home. The Outsiders. Still relevant to kids today.

Love this collection of first lines! I do think first lines draw me into the story, although I have been hooked by the back of the book, the first chapter or a friend's recommendation as well. But a solid first line can't hurt!

I love this topic, but I have to say...you lost me with the opening paragraph of your post! "A lot" is two words - there is no such word as "alot". I agree that the hook in writing is important, but so is grammar.

Thanks for stopping by and your kind words. Sometimes the right words don't come for me until the second draft.

There you go, Rachel- I changed it. A good reminder to use spell-check more often. Maybe you have a future in editing :D

You know I've never really thought about it. I'll have to pay attention the next time I start a book!

Hmm, I'm not sure if I'm hooked by the first line. I'll read a whole chapter and ponder on the voice. I always give books 100 pages to really hook me. On the characters, the writing style, the voice, the plot. I think it's a combination of all of those things, not just the first line or the first paragraph.

Does it start there? Absolutely. Style and voice and characterizations and plot start there. I think one of the main things that hooks me is the usage of words. If the author is masterful, as is the case in many of your examples, the reader doesn't even notice the way the words marry and float together.

And that's what hooks me.

Thanks Christina! I do actually do some editing in my line of work...

I am a writr too and i believe first paragraphs are important. It gets the reader to CONTINUE READING. If you have a good story but started badly....people get bored immediately.

Great points. I love the firs sentence of the first Odd Thomas book. By Dean Koontz. I cannot wait to read your books :)