Mark These as READ!

Here are some recent YA books I've read that were very compelling, and kept me turning pages late into the night! I would definitely recommend all of these! 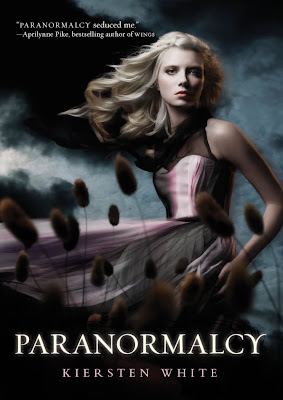 Evie’s always thought of herself as a normal teenager, even though she works for the International Paranormal Containment Agency, her ex-boyfriend is a faerie, she’s falling for a shape-shifter, and she’s the only person who can see through paranormals’ glamours.

But Evie’s about to realize that she may very well be at the center of a dark faerie prophecy promising destruction to all paranormal creatures.

So much for normal. 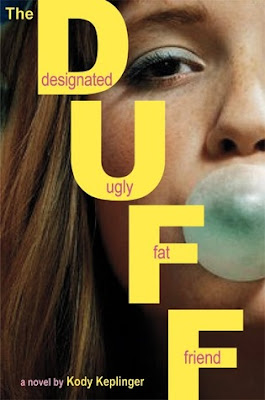 Seventeen-year-old Bianca Piper is cynical and loyal, and she doesn't think she's the prettiest of her friends by a long shot. She's also way too smart to fall for the charms of man-slut and slimy school hottie Wesley Rush. In fact, Bianca hates him. And when he nicknames her "Duffy," she throws her Coke in his face.

But things aren't so great at home right now. Desperate for a distraction, Bianca ends up kissing Wesley. And likes it. Eager for escape, she throws herself into a closeted enemies-with-benefits relationship with Wesley.

Until it all goes horribly awry. It turns out that Wesley isn't such a bad listener, and his life is pretty screwed up, too. Suddenly Bianca realizes with absolute horror that she's falling for the guy she thought she hated more than anyone. 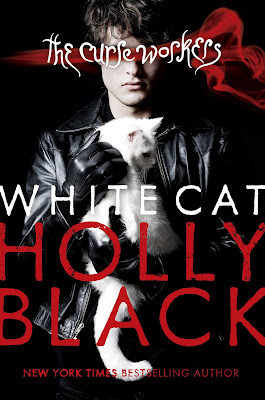 Curse working is illegal, and curse workers are branded as scoundrels and con artists. Cassel is the only one in his family who's not a curse worker. Although he's the "straight" kid in a cursed family, he killed his best friend, Lila, years ago.

Now he's having terrifying dreams of a white cat and suspects a secret plot between his brothers. He'll have to unravel his past to out-con the people he thought he knew best. 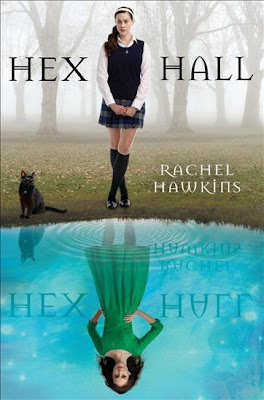 Three years ago, Sophie Mercer discovered that she was a witch. It's gotten her into a few scrapes. Her non-gifted mother has been as supportive as possible, consulting Sophie's estranged father--an elusive European warlock--only when necessary. But when Sophie attracts too much human attention for a prom-night spell gone horribly wrong, it's her dad who decides her punishment: exile to Hex Hall, an isolated reform school for wayward Prodigium, a.k.a. witches, faeries, and shapeshifters.

By the end of her first day among fellow freak-teens, Sophie has quite a scorecard: three powerful enemies who look like supermodels, a futile crush on a gorgeous warlock, a creepy tagalong ghost, and a new roommate who happens to be the most hated person and only vampire on campus. Worse, Sophie soon learns that a mysterious predator has been attacking students, and her only friend is the number-one suspect.
***********

Now on to the next pile!

What are YOU reading?

Hmm, I've heard of all of these except for White Cat. Thanks for the heads up Christina!

I just won the Duff...so I'm about to read it. I just finished the Girl with the Dragon Tattoo. Yeah, a bit different from YA.

Sounds like a great selection. I have paranormalacy waiting in my TGBR pile because at the moment I'm studying scottish lit and Horror lit. Thats my reading for a while. lol

I'm not much for paranormal, but PARANORMALCY is definitely on my to-read list. I've read so many great things about it!

Well you already know...I'm reading "The Girl with the Dragon Tattoo" :) LOVES!

I LOVED THE DUFF!!!! And I can't wait to get my hands on PARANORMALCY and WHITE CAT. Yes, my life will get a lot busier soon :)

I've heard of White Cat, but I've never read a summary. I think I'll go add it to my list-- sounds great.

Also, THE DUFF is awesome! And Paranormalcy is sitting on my bookshelf, waiting to be opened. *pines*

I am finally reading the last Fablehaven: Keys to the Demon Prison. So far, so good. :)

I'm about to dive into Mockingjay. The first two books were some of most amazing pieces I've ever read. I love reading the story behind the story, straight from the author's mouth, after such a read.

Such a good pile! There have been so many amazing YA releases lately. My TBR pile is just full of awesome right now.

Many of these are on my list, especially 'Paranormalcy'. Right now I have an advance read copy of 'The Replacement' by Brenna Yovanoff, and I am enjoying it. I also still have to read 'Mockingjay' so hopefully that will happen next week. I have way too many books going on right now!

I am not reading anything. I should. Will I? Mmmmaybe. I really should.

I've read Paranormalcy and Hex Hall, and am waiting for The DUFF to be mailed out. Can't wait to read it.

Two of these are on my to-read list. I finished and loved Paranormalcy a couple of weeks ago.

Right now I'm reading, The Eternal Ones and Tithe. My book pile is about to topple over.

I began The DUFF yesterday. A few days ago I purchased Paranormalcy. Hex Hall is also sitting in my Kindle.