What began as a Facebook conversation, led to dozens of emails exchanges and finally, here we are today! I gathered a few awesome writer/bloggers to feature 2011 (mostly) debut authors.

The list of books in the limelight is at the end of my post-go look! I still wish we could have featured more, but I think we did a darn good job.

It's a day of CELEBRATION! Let the wild rumpus BEGIN!

My focus today is on three 2011 debut MALE YA authors: 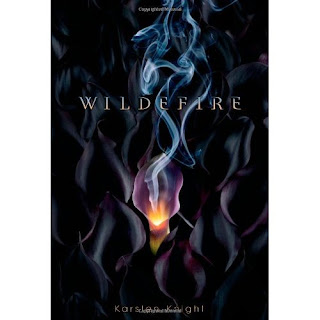 Ashline and her wild-child sister, Eve, never appeared too remarkable, besides being Polynesian in a white suburban town. That is, until a petty schoolyard quarrel escalates to violence, during which Eve kills a rival of Ashline’s in cold blood. Shocked, Ashline moves across the country to a remote private school nestled in California’s redwoods, hoping to put the tragedy behind her. But her fresh start doesn’t go as planned.


After a series of dangerous and mysterious occurrences—an attempted kidnapping, the appearance of paranormal beasts in the local forest—Ashline learns that she and four of her classmates are actually demigods who were summoned to this middle-of-nowhere school by an enigmatic blind girl. As a war between the gods looms over the campus, two very powerful organizations—with very different ideas on how the demigods should use their powers—are vying for control. Both groups want Ashline and her newfound abilities on their side…and some are willing to kill for her.

Three reasons to read:
1. KARSTEN does female MC's well and Ashline is a well-drawn character--sarcastic, damaged and unique.
2. His use of metaphors is jealousy-inducing.
3. And c'mon, a Polynesian goddess? How original and refreshing. 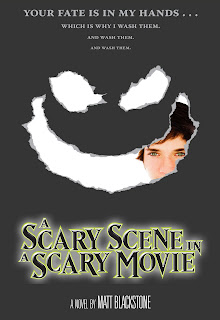 Rene, an obsessive-compulsive fourteen year old, smells his hands and wears a Batman cape when he’s nervous. If he picks up a face-down coin, moves a muscle when the time adds up to thirteen (7:42 is bad luck because 7 + 4 + 2 = 13), or washes his body parts in the wrong order, Rene or someone close to him will break a bone, contract a deadly virus, and/or die a slow and painful death like someone in a scary scene in scary movie. Rene’s new and only friend tutors him in the art of playing it cool, but that’s not as easy as Gio makes it sound.

Three reasons to read:
1. MATT gets you inside of Rene's OCD head and keeps you there--riveted!
2. B'Noodles--need I say more? The lingo in the book is way cool.
3. He describes a high school experience I was familiar with and Matt is probably the coolest teacher in real life. 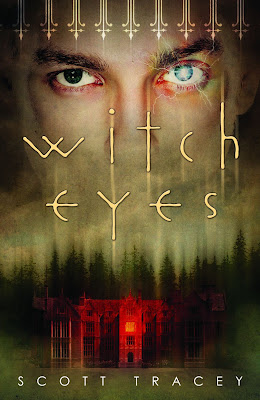 Braden's witch eyes give him an enormous power. A mere look causes a kaleidoscopic explosion of emotions, memories, darkness, and magic. But this rare gift is also his biggest curse.

Compelled to learn about his shadowed past and the family he never knew, Braden is drawn to the city of Belle Dam, where he is soon caught between two feuding witch dynasties. Sworn rivals Catherine Lansing and Jason Thorpe will use anything--lies, manipulation, illusion, and even murder--to seize control of Braden's powers. To stop an ancient evil from destroying the town, Braden must master his gift, even through the shocking discovery that Jason is his father.

While his feelings for an enigmatic boy named Trey grow deeper, Braden realizes a terrible truth: Trey is Catherine Lansing's son . . . and Braden may be destined to kill him.

Three reasons to read:
1.World building. The town of Belle Dam is dark and mysterious, just the way I like it.
2. The love story between Braden and Trey--more of this, please!
3. SCOTT 's writing is lovely and his imagination is awesome--c'mon, witch eyes? So cool!

***HERE'S WHAT EVERYBODY ELSE HAS CRACK-A-LACKIN':

Rachele raves about IMAGINARY GIRLS
Susan is featuring RIP TIDE
Robyn spotlights ACROSS THE UNIVERSE and WITH A NAME LIKE LOVE
Nicole wants to tell you about POSSESSION
Janet tells why she loves LIAR SOCIETY
Kate talks about MISS PEREGRINE'S HOME FOR PECULIAR CHILDREN
Sheri admires IRON WITCH
Jen would like to tell you about WITHER
Shannon celebrates DARK PARTIES
Jon loves MY VERY UNFAIRY TALE LIFE
Michelle tells you about SHIFTING
Susan admires WITH A NAME LIKE LOVE
Natalie gives a shout out to AUDITION, THE FAERIE RING, and MY VERY UNFAIRY TALE LIFE
Katie loves THE UNBECOMING OF MARA DYER
Stina gives you a taste of BAD TASTE IN BOYS and many others
Jessie spotlights SPELLBOUND and BIRTHRIGHT
Willow admires DESTINED
Christine raves about POSSESS
Kristin really really likes CLARITY
Anne features READY PLAYER ONE
Meredith wants to shout about DAUGHTER OF SMOKE AND BONE
Amy Rose loves THE NEAR WITCH
Theresa talks about DIVERGENT
Kelly focuses in on EARTHLING HERO and A SCARY GOOD BOOK
Christine gears you up for THE LIPSTICK LAWS
Laura is wild about GIRL OF FIRE AND THORNS
Patti tells you about HEREAFTER
Portia admires THE SECRET OF SPRUCE KNOLL
Ali has plenty to say about POSSESSION
Kelly has a spark for ANGELFIRE
Lindsay is excited about DEPARTMENT 19
Heather gears you up for TWENTY-EIGHT AND A HALF WISHES
Frankie celebrates UNEARTHLY
Nisa spotlights ENTWINED
Posted by Christina Lee

What an awesome idea. Thanks so much for organizing this.

I'm starting Witches Eyes now and have Wildfire. Can't wait to read both! I'll be interviewing both authors in November & December at Literary Rambles and giving away a copy of these books.

Fantastic picks! All of these sound like great reads! Thanks for organizing this Christina!

Now I have more books to put on my TBR list. THanks for doing this. It was so much fun.

Wow, on your choices, Christina. I'll definitely be adding a few of them to my pile. :)

And that's for hosting this awesome event.

I'm glad to be a part of this blogfest. Thanks, Christina!

All of these books are on my to-read list. You just made me put them higher up the pile. Thank you!

What a list! Way too many good books. :) Thanks for including me and I'm off to tweet!

Great idea! You guys all rock! I'm checking out this whole list! Way to go for organizing!

What a fun shout-out to the debuts today ... Happy Monday to all :)

I've read all of these and they are absolutely made of awesome! Great picks

Thank you very much for organizing this, Christina. I will spend my morning clicking through that awesome list!!

what a great idea. I am loving checking out the links!

I so love the idea behind today's post. All 3 books are on my TBR pile. Thanks for organizing this!

Great idea. I'm already making my way through some of these blogs. BTW - I LOVED WILDFIRE! Great book!

Way to celebrate the male authors!Love your three reasons to read each of them. Great idea!
Thanks for organizing this! I'm going to have so many great books on my TBR list today!

Three great picks. I haven't read WITCH EYES yet, but I'll get to it.

Thanks for hosting this, Christina! It's been a lot of fun to focus on debut authors!

Great picks. I loved Wildefire, but I haven't read the other two yet. Can't wait to read them.

I think I got to everyone. Thanks for putting this together!

Elana, that’s because it was a "SURPRISE" for 2011 debut authors (although a couple are included here). I wanted you guys to FEEL THE LOVE!!!!!

I am in love with what you guys are doing. Brilliance. And great way to spread the book love. Only read WILDFIRE (so far!) and will be book talking it at my next teen book club meet. On this bit on the MC:

And...forgot to add, thanks for the list with titles. Good for reference as I tick off the reads and the to be reads. Cheers!

These look great! I'm putting them on my list of books to read, then I'm going to run off and check out everyone else's!

Great picks. Yours is better than mine. *sniff* Thanks for turning me on to some rockin' reads. Will buy. Yeah! Thanks for organizing this. Sweet! :-)

Thanks for hosting this. Your choices all look excellent and I've been meaning to read Witch Eyes!

This is cool! I just happened to post about Tess Hilmo's With a Name Like Love today, so I guess I'm fitting right in with the timing.

This is such a great list! Thanks to you all for putting this together.

I'm thinking the one about OCD is a must read for me.

This is such a fun fest! Thanks for organizing it, Christina! I've learned about several new books I hadn't heard about before--especially the three you've mentioned here! The Scary Scene in particular sounds fascinating. Yay~ :o) <3

You went all out and I LOVED IT!!!! Thanks for the awesome idea!

Such a fabulous feature!! I'm so excited to be a part of it and can't thank you enough!! I have really been wanting to pick up Witch Eyes and after this, I'm just itching to get to the bookstore! :-P

I've heard a lot about your first and third picks here--they sounds interesting!

Thanks for hosting this!! It's been fun!

I like the one about the kid with OCD...I want to check it out.

These sound like such awesome reads! Can't wait to read Wildefire. Thanks so much for organizing all of this, Christina!

I've read Witch eyes. I too am very fond of Braden and Trey :-)

This is such a great idea, Christina! I wish I could have taken part.

Wow! Not only are there excellent reviews, but a huge round-up at the end? Nice!!