In SAVE THE CAT, Blake Snyder says: The plot doesn't just move ahead, it spins and intensifies as it goes. It's the difference between velocity (a constant speed) and acceleration (and increasing speed).

In my critique notes from my CP last week, she wrote this, after a scene: What is the goal and conflict in this scene? Is he just trying to get through his shift at work? 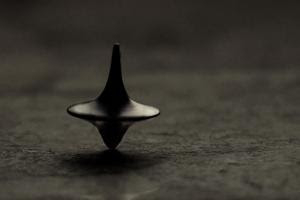 Sometimes I do this when I'm stuck. I just write, not really considering the protagonist's motivation in that particular scene, but still thinking it's helping the story along. Or, I figure it's moving the plot forward, but obviously, not quite enough.


Blake Snyder's rule: It's not enough for the plot to go forward, it must go forward faster, and with more complexity, to the climax.


Nose to the grindstone. Thinking cap, ON!

Don't feel bad. In one of my scenes, my mc's goal was to have breakfast before she ran off to school. The conflict was big, preventing her from getting breakfast immediately. But in the end, I decided the goal needed to be reworked.

I do that, too - just write, not considering the protag's motivation and purpose in a scene. Sometimes it's the way to get through a scene to the next, to get the story out of me. Of course, that means editing the emotional arc once I'm done. ;D

There's nothing wrong with that. It's called drafting through the outline (I just made that up). Then, once you've got the whole thing laid out, you can remove the boring bits.

HA, Matt! Let’s shorten that to “DTTO”—it’ll catch on like wildfire! :D

yeah, I did this alot with my pantsed stuff. But now that I go by an outline, I usually know what happens in each scene and where it's supposed to bring me in my plot. I try not to get caught up in the details but SOMETIMES, in books like the Sookie Stackhouse series, the details really suck you in. I guess it depends on whether the details are interesting enough. I love anything having to do with food and clothing. LOL

Yes. I love what Snyder says. Spinning and all that intensity. More, please.

I do this too, but I think it pushes me through when I'm stuck. I may strike it later, but it helps me to get to know my characters better.

since I am an in-between pantser/plotter, I know where I'm headed but the in-between nitty gritty stuff still gets me--until I take a long stroll with doggie and work it all out! :D

Ah, one of my CPs mentioned this week that she can't see a clear goal for one of my two protagonists. Not just in a specific scene, but in the story overall. She said:"Besides figuring out the secrets people are keeping from him, what does he WANT?"

Such good advice! In revisions, I always find scenes where the character doesn't have much motivation, or at least nothing that advances the plot.

My biggest flaw is story structure. I can blog a mean streak, but I'm constantly having to read over my MS from the viewpoint of each character to try and figure if they should stay or go. I figure if they're threatened with their own mortality they'll shape up, right?!

Good post! You're right, if the action isn't moving the storyline or the plot forward -- away with it!

When you write these posts, believe it or not you are inspiring those around you. You can do it!