What In The Heck Is New Adult?

"New Adult"
Christina Lee's debut ALL OF YOU, a New Adult with a virgin hero, to Jesse Feldman at NAL, in a pre-empt, in a two-book deal, for publication in Fall 2013, by Sara Megibow of Nelson Literary Agency (World English). European translation: jenny@meyerlit.com Asian translation: amumm@nelsonagency.com


Prior to this, New Adult deals were listed elsewhere, like in Women's fiction or under Young Adult. Once Publisher's Marketplace made this distinction and people took notice, Twitter was abuzz with conversations about it. Some supportive, others not. Which didn't surprise me. Change is disconcerting and confusing. And leads to questions and misconceptions.

But the overriding question I heard on social media was: What exactly is New Adult? 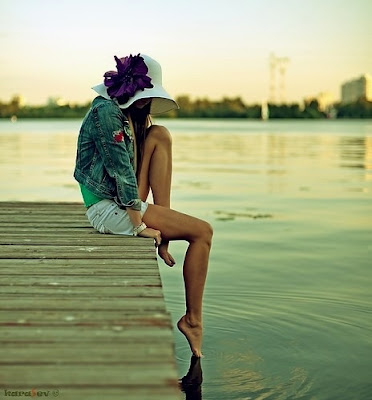 As an avid reader and writer of New Adult, I thought I'd throw in my two cents.

First, much like Young Adult, New Adult  has implied age parameters. New Adult protagonists are  roughly between the ages of 18-26.  Just like Young Adult used to be included under the Children's section until it was defined, New Adult could be classified separate from adult, chick lit, or romance.  There is wiggle room, however, which I will mention later.

Second, the theme of New Adult would be: new found INDEPENDENCE. The protagonists have graduated high school and gone on to college. If not college, they've entered the workforce or some other form of higher education, maybe joined the military, and are attempting to make it on their own. They're experiencing life for the first time, without certain parental, social, or age restrictions. They are wondering what the heck they're going to do to make ends meet and how they're going to do that successfully.

They're balancing all of this new found FREEDOM with sexuality, alcohol and drug experimentation, and adult peer groups (different than high school peer groups, but college has it's own set of peer pressures), and sometimes even marriage and pregnancy. These issues might be front and center in New Adult novels, and other times, they're in the background.

Third, New Adult novels are NOT ONLY Contemporary Romances. Romance is only one of the genres in this category. It just happens to be the most public and popular genre recently. Many talented New Adult authors paved the way by self-publishing and finding a very enthusiastic audience. The genre took off like wildfire--leading some of them to a big six publishing contract (Tammara Webber and Cora Carmack, for example) and/or status on bestseller lists.

But, there are other New Adult genres out there (paranormal, fantasy, historical, science fiction) that are popular and/or finding footing. The exciting thing is, there's room to grow these audiences.

Fourth, my New Adult novel, as well many others I've read, tend to be written in first person point of view (present or past tense). Much like young adult novels, this point of view makes the characters and the story line more accessible and personal. But I suspect this won't always be the case.

Fifth, just like in Young Adult, there is crossover, depending on the audience and subject matter. For example, HOPELESS by Colleen Hoover and CRASH by Nicole Williams, have protagonists in high school, but the books are considered New Adult by many. Much like SOMETHING LIKE NORMAL by Trish Doller and WHERE SHE WENT by Gayle Forman, have protagonists post high school, but they're considered upper YA.

It just happens, based on different factors. And there's nothing wrong with that. Except, people might get confused, which is why parameters help. Mostly, they help readers find the kind of books they want to read, and that's a good thing!


I love @DearAuthor's definition of NA: 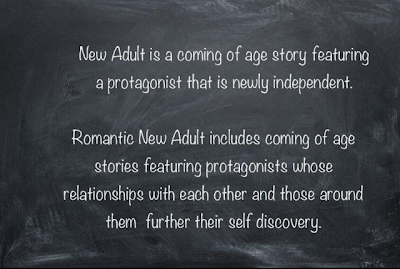 My rambling has come to an end. ;-) HAVE A GOOD WEEK!
Posted by Christina Lee

Thank you for this BRILLIANT post, Christina. You've captured essence of NA perfectly.

Great post! I was wondering if you could recommend some New Adult that isn't contemporary? Thanks!

This was not rambling. It was amazingly informative. I've done a bit of research, just because I was curious. But you educated me beyond what I've found. Sharing this!!

I love this! I'm adding it to NA Alley's resource page. <3

Great post, Christina! I was unsure what exactly this genre was, but now it's clear. I like it! I don't think I've read anything with this genre distinction yet. I'll have to start with yours! Congrats on your novel!!

Great post sharing in more detail what new adult is. I think it's really become an established genre that many in the book review blogger know about.

Wonderful post, Christina (and congratulations again)! A lot of these categories end up being controlled by bookstores, which makes things very tricky.

I was recently told by an editor that once a protagonist is 14, the book gets shelved in YA. Unless, of course, the author is famous. Then it gets shelved where the publisher wants it shelved.

Such a tricky business this is, and I hope New Adult gets the "shelving" it deserves, because correct market placement is important!

Absolutely, Dianne! Thanks for adding another layer of thought to this discussion.

Just look in the top 100 on Amazon and you'll find a bunch of New Adult contemporary romance titles but there are lots more and lots of other genres that do well. They just don't make it into the top 100, which is hard to do!

A wise analysis. We were talking about NA and trying to define it at our critique group meeting last night. I will follow that discussion up by e-mailing them a link to this blog post. :-)

Great post, Christina! I love that NA is now a recognized category. Hopefully we'll see a wider variety of NA offerings now. I write NA contemporary romance, but read all over the place. It'll be interesting to see where writers of other genres take it.

Looking forward to reading your upcoming release--very intrigued at the male virgin as hero.

I loved this post even before I got to the part where you said NA doesn't have to be contemporary (my thing is historical)! Well said!