The Power of Trends 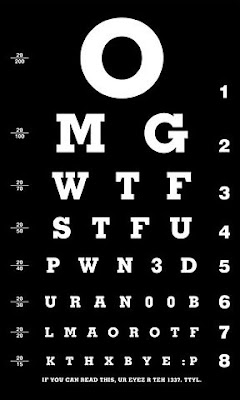 I was checking out the words and phrases added to the New Oxford American Dictionary this year. And was kind of amazed.

HASHTAG n. (on social networking websites such as Twitter) a hash or pound sign (#) used to identify a particular keyword or phrase in a posting

STAYCATION n. informal a vacation spent in one’s home country rather than abroad, or one spent at home and involving day trips to local attractions

My new sentence (I'll be sure to use it in my new manuscript): My BFF, who happens to be a lipstick lesbian, hooked me up with a new LBD, but it had a wardrobe malfunction, and now I'm LMAO.

Thanks for sharing these! Super fun and hilarious! Love your phrase!

This is crazy! If that's happeneing the whole dictionary will eventually be acronyms! LOLOLOL! Imagine!

I have such a hard time with these things!

I mean, when I read LMAO, my brain reads "La-Mayo", which is weird because I don't even like mayonaise, masculine or feminine.....

LOL!! I know some people scoff at these phrases thinking that use of proper anguage has gone down the tubes, but I just think we're getting our points across more quickly and efficiently ;o)

Hahaha, I love these! Bromance definitely deserves to be in the dictionary. As does LMAO :)

Always interesting to find out new words that have been added to our ever evolving language - some pretty good ones were added to this years English Oxford Dictionary as well. It all reinds me of those word verification games that appear of blogs from time to time.

Love this!! I really hadn't heard of Bromance. Yeah, try and sell my hubs on that one. Hah!

I can't believe they're only now adding "My bad!" So interesting to see what Webster acknowledges.

Grrrr stupid Blogger had a stroke when I tried to submit my comment. Anyway...when I first really started to get into computers--nearly 10 years ago--I was so green. I had to have Rich hold my hand through practically everything. I remember in chat rooms seeing stuff like, "ty," "yw" and "asl" I had to ask so much that he probably got tired of it. haha. Now you can just google it.

OMGSTFU! Great post. Friggin hilarious. How come a dude can't have a BFF? Because it would be a BBF: Best Bro Forever!

Girl, you are crazy and that's why I heart you!

I didn't know some of those words are in the dictionary. Does that mean I can technically include bromance in an MS now. :)

I think you should get brownie points for fitting so many of them in a logline. :D

I'm sorry, but bromance sound sexual to me. ;)

Ha ha. I love how these new words and acronyms end up in the dictionary.

LOL, love it! I'm still miffed that "unfriend" made its way in as an "official" word in I think it was Merriam Webster's dictionary. It's totally DEfriend.